Her Last Wish Has Been Fulfilled. 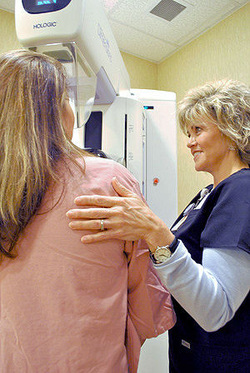 Mrs Wood died in November 2006, aged 81, at Maidstone Hospital - the place she had done so much to help equip. She had been admitted four days previously after being taken ill at her home in the Royal British Legion Village, Aylesford. The Maidstone charity heroine raised £3.5million over 25 years for cancer patients, but was still hoping to raise enough to buy a second mammography scanner for Maidstone Hospital when she died in 2006.

Since then the Peggy Wood Foundation has continued raising money. It has now handed over the £200,000 needed for the machine.

Bryn Annis,  chairman of the Peggy Wood Foundation, who has been running the foundation since Peggy's death, said it was a "significant day" for everyone involved. He said: "We'd bought one before, but Peggy really wanted to buy a second one. It was the last thing she wanted before she died."

Tributes to this determined fund-raiser who changed lives were paid at a thanksgiving service. About 150 people attended the service at All Saints' Church, Mill Street, Maidstone.

Mrs Wood's ashes were interred at Boughton Monchelsea church and her name has been included in
the Book of Remembrance there.
(Source: The Kent Messenger newspaper)
Webmaster: Les Mitchell